To the average consumer, the governments proposal to ban mortgage exit fees sounds like a great idea. There is no doubt that it will be popular amongst the general public who would naturally think that its a great move in the pursuit of increased competition and therefore cheaper interest rates.

It is this authors submission however that removing exit fees will actually decrease competition, increase interest rates and eventually lead to the demise of the smaller non bank lenders like credit unions and building societies.

It is further submitted that the move by the current government does not address the real barrier to a refinance which is the non transportability of lenders mortgage insurance, an issue discussed in previous article here.

What are mortgage exit fees?

Mortgage exit fees (or deferred establishment fees or DEF’s for short) are fees charged by lenders to a consumer when the consumer exits their mortgage, either by sale or refinance, within a given period of time. Generally the cost is $600-$1000 and is charged when the home loan is paid out in full within 3-4 years of the loan being established.

Why were Deferred Establishment Fees introducted?

DEF’s were introducted in 1996 around the same time that we saw many non bank lenders enter the market. Essentially the little players would agree to lend to customers at a rate far cheaper than the banks providing the customer agreed to stay with the lender for an agreed period. The lender had determined that they could afford to lend to a client at a discounted rate providing the lender received interest from the client for a minimum set period of time. If the client exited within this time (generally within 4 years) then the lender would be at a loss and would be compensated by way of an exit fee.

Did the introduction of mortgage exit fees increase competition?

Yes. No one denies that when the little non bank lenders entered the market in the late 1990’s competition increased and interest rates fell. The non bank lenders could offer great discounted rates, far cheaper than the banks on the basis the client would remain loyal for a set period of time.

Fundamentally, mortgage exit fees are no different to mobile phone or home phone contracts. Telecommunication companies like Telstra and Optus are able to offer cheaper home phone, mobile phone and line rental rates if they can guarantee a return on their investment. Essentially, the proposal to a customer is that in return for your loyalty and business for 2 years, the phone calls, line rental etc will be at a cheaper discounted rate. And if the customer leaves within the 2 year period then there will be a penalty for breaking the contract.

If the government was to ban exit fees on mobile phone contracts then cost of calls would naturally rise as the telecommunication companies could not guarantee a return on their investment over a given period of time.

It is this authors submission that the same principle applies to the mortgage industry. If DEF’s are abolished it naturally follows that to maintain current profit margins, the lenders would need to increase their interest rates to compensate for clients that did not remain with them for 4 years.

Why will exit fees be the death of the small lender?

The big banks do not care about exit fees and it is submitted that they would welcome the banning of the same. At time of writing two of the big four banks had already abolished their exit fees and its expected the other two will follow shortly.

If exit fees are banned it will lead to a feeding frenzy by the big four banks as they savage the small lenders loan books. The big lenders will flood the market with cheap interest rates, consumers with no exit fee will chase the cheaper rate and once the little players have been crippled, the majors will increase their interest rates again.

The story is no different in the telecommunication sector or with Coles and Woolworths offering $1 per litre milk – it sounds great for a while but in 5 years time once the little players have left the market, there will be no barrier to majors again increasing their prices/interest rates.

No one likes exit fees. But, its no different to signing a mobile phone contract with Telstra – it is fully understood that if the contract is broken within a given period of time there will be a penalty.

The banning of exit fees by the federal government will lead to decreased competition in the medium to long term and the demise of the little lenders.

The banning of exit fees is a popular move by this government but fails to address the real issues to competition in the Australian banking sector which is the transportability of lenders mortgage insurance and to some extent the inconvenience factor that goes with changing lenders.

Whilst this author understands that being an advocate for fees of any sort is unpopular, DEF’s are necessary evil to ensure the survival of the little lenders and competition in the market place in the long term. 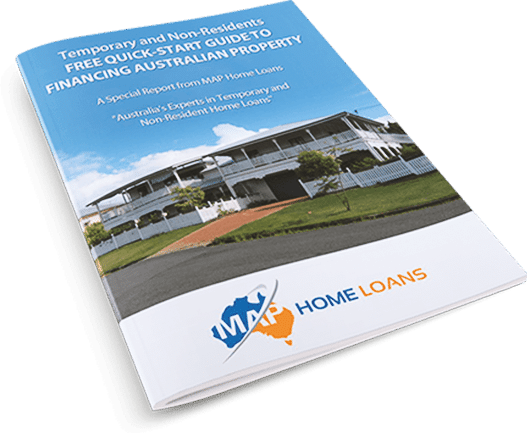 Working with Michael was an absolute delight.
I was a first home buyer and couldn’t think going anywhere else. Highly recommend to go through MAP home loans.

He was quick to respond to all my queries, managed to get the loan approved under a strict timeline and I was very impressed. Michael also followed up with me once I settled, I truly appreciate all his hard work to make this happen.

I am very thankful to Michael for my primary property construction loan. I approached many mortgage agents for the loan amount as desired, but they could not process because of my overseas profile.
I am an Australian PR holder, based in Dubai and after reading online reviews of MAP loans, I approached to Michael where he completed my construction loan process very confidently even, I did not feel that I am living in different time zone as he was always available for my queries.
Michael also helped for my investment property loan, and again he did awesome job and completed the loan approval process in less than a month. I would like to strongly recommend him for the home loan services with no hidden cost and surprises.
All the best Michael in your future success 😊

My wife is on a 820 visa and Michael helped us get a home loan. He was a great with communication and answered all of my questions. Recommended if you have if you have issue surrounding temporary visas or you just want a great mortgage broker. And, much more – We will answer any of your questions! Almost there: please complete the form to request your…

Schedule a 1-on-1 appointment with a MAP Finance Expert